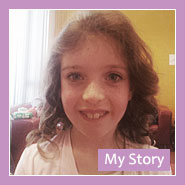 Our story begins on October 4th 2004 Dave and I said “I do” and decided the time was right to expand our family. After a year of trying and being diagnosed with CIN 3 necessitating LLETZ biopsies and a D+C and being the elder lemon on the fertility scale at 35 yrs old we visited Dr David Walsh at the SIMS clinic. A battery of fertility tests ensued, blood work, SIS and a further D+C because he didn’t like the look of my womb…

We had a first round of IVF complicated by an ovarian cyst that required draining. Egg retrieval resulted in 7 eggs giving 5 embryos of which 2 were transferred this failed. We prepped again for egg transfer and unfortunately our embryos did not survive the thawing. We took a break and went on holiday to recouperate and face our next round of IVF.

On June 28th 2007 3 of 5 eggs fertilized after 5 days two progressed to blastocyst stage. These were transferred on July 3rd and on Sunday July 5th we found out we were expecting.and saw out little bean on a scan on August 2nd wow what a day. the clinic saw us through to week 12 where all medications were stopped and the Rotunda took over our care. I was a little naive and believed that I would sail through the pregnancy having had a struggle to get there in the first place I. During week 12 I had my first bleed and was relieved to see a little heart beating on the scan and had a fairly settled 10 weeks after that enjoying watching my shape change and feel this little miracle grow inside me.

Week 22 I was hospitalised following a massive bleed – I even managed to frighten the midwife – I think she thought the baby was coming there and then I spent the next week on bed rest with a few further bleeds a positive was hearing the baby’s heart beating for the first time. I was discharged for a total of 3 hours and had to be readmitted with a further  bleed again I frightened a doctor in the emergency room who told me I was losing the baby and there was nothing they could do. Strangely she was surprised that I got upset and when she couldn’t get IV access on the 5th attempt I roared at her to get away from me and not ever touch me again, the wonderful midwives reassured me. Thankfully the bleeding settled and I stayed in the Rotunda for a further week receiving IM steroid injections to mature the baby’s lungs. I was discharged home to rest and I spent the next few weeks over Christmas at home frustrated at times with myself as I couldn’t do much and any walking brought on cramps.

On Jan 2nd i was again hospitalised after a bleed and put on bed-rest again after a few nights in to week 28 I felt I was bleeding again, I felt a pop and then called the midwife to discover my waters had broken. I was told I would not be going home until the baby was delivered and placed on antibiotics to prevent any infection.

On the morning of Jan 10th I again bled and was scanned by my consultant at this stage I was a day short of 30 weeks and he discussed a planned delivery as he was worried about how much more bleeding I could tolerate my haemoglobin was already slightly low at this stage. We didn’t get to plan this any further as that night it all went pear shaped. Late that night I began to feel a different pain across my back i thought it might be an infection related to my waters breaking. The registrar was called to examine me and events took a turn from there. An examination revealed further bleeding  and a suspicion that my placenta was abrupting. All of a sudden I was being prepped foe an emergency c-section. I had time to phone Dave to ask him to come in and I was rushed to theatre where under general anaesthetic a beautiful little girl Miss Sadhbh Leonard made her entrance at 01.23 weighing a 3 whopping Lbs with apgars of 9 and 9 having just made it to 30 weeks gestation.

I had a rocky recovery with further bleeding requiring blood transfusions and 2 nights in HDU. I manage to see my precious beautiful the day after she was born she was on CPAP having been ventilated for a few hours after birth to receive surfactant she was also on TPN and IV antibiotics. I didn’t get to hold her until she was 4 days old and I won’t ever forget the feeling that overwhelmed me at that moment I can honestly say it was the moment I fell  in love with her and I knew life was eternally changed.

Sadhbh spent from her birth on Jan 11th to Feb 26th in the Rotunda NICU leaving her there every day was so so hard. I was discharged home on the 15th and from then my days revolved around getting back there every morning to see her and crying alot of evenings leaving her. I expressed breast milk round the clock setting my alarm to get up as i felt it was all \i could do to help her. the “milking parlour” in the NICU became a place to catch up with other mums. 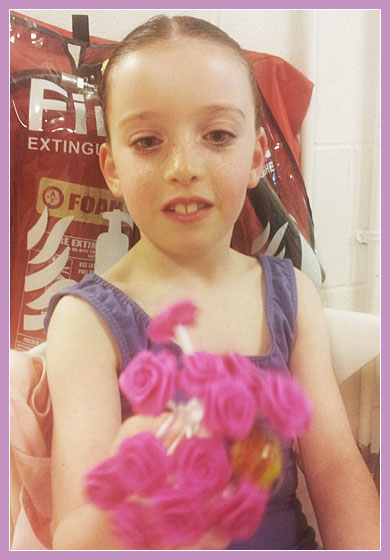 Very fortunately Sadhbh had a relatively uncomplicated stay. She required CPAP for the first 3 weeks and weaned to oxygen via Nasal cannula for a short time after that. She graduated to a heated cot from the incubator at around I month old.She remained on caffeine for a few weeks and sometimes had bradys requiring stimulation.I spent as much time as I could with her and did kangaroo care when I could .On Feb 18th old Dr Foran told us to get ready to take her home toward the end of the week. Around the same time Sadhbh began to tire easily during her feeds often requiring stimulation as she would brady and desaturaute. On Wed 20th she frightened the life out of us after struggling with a feed Sadhbh passed out and turned blue, Veronica the miracle Midwife took over Sadhbh recovered with oxygen and stimulation.  It was discovered that she was slightly anaemic and after a transfusion later that day was like a new baby. We were very lucky she never suffered and infections or brain bleeds. Sadhbh was slow to gain weight and was supplemented with breast milk fortifier. She never breast fed but I was lucky to be able to express ad continued to do so until she was 6 months old. her main challenge up to about a year old was reflux we treated it with gaviscon and later zantac as it worsened for a period at around a year. Her capacity to vomit never ceased to amaze me how something so small could produce so muck and project so far was the topic of many conversations in our house.

Sadhbh was joined 14 months later by her sister Aoibheann who surprised us as we had no further fertility treatment and the pregnancy progressed without a hitch despite my fear of  repeat performance. We consulted with our Obstetrician and decided an elective c-section was our birth plan as I wanted a calm delivery with both of us present as neither of us saw Sadhbh being born. Our wish was granted and she was safely delivered Friday 13th March 2009 completing our family.

Today Sadhbh is a happy normal somewhat slight little 7 year old  in 1st class ad meeting all her milestones. She is energetic and loud she loves ballet, Irish dancing and swimming and loves all he after school activities draining Dads pockets. She was lucky to be selected to participate in the Growing up in Ireland Survey from 9 months so we got to see her participate in all the developmental  testing and see just hoe normal a little girl she is. I think the only legacy from her prematurity at present is dental problems the enamel on her teeth was pretty weak and the vomiting only worsened this. I can safely say the dental fees so far are a start to putting the dentists children through college, but if that’s the extend of her problems I am one blessed Mum.