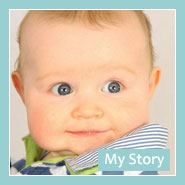 When me and my husband left the maternity ward in Castlebar 4 days after having our son Finn, we were not like other first time parents, we had no car seat to fiddle with, no balloons, no happy smiles. We had photos of Finn, the blanket he first lay on, a breast pump and lots of religious memorabilia. We didn’t head for home excited to welcome our new baby home and celebrate with family. We instead faced the journey to a strange city, a noisy hotel and the unfamiliar surroundings of the Rotunda Hospital.

We had no idea of Finn’s congenital condition until I went into labour. Finn was breech, and so of course as soon as I felt contractions, we were straight to Castlebar Hospital. Thank god for our doctor who insisted on a quick ultrasound during labour to make sure Finn was still breech before a c-section was arranged. I will never forget the look of pure panic on my doctors face during that ultrasound.

We were completely unprepared for what happened next. Within 10 minutes of finding out our son had a Pleaural effusion(fluid surrounding the lungs meaning the lungs are collapsed), finn was born via emergency c-section. There was no crying, no holding, I didn’t even see him. The doctors worked on him for several minutes before they intubated him and he was rushed to the NICU.

The first few days were hell, we were in pure shock. The first time I saw Finn he was covered in wires, tubes and drains. I couldn’t believe that this was my baby, I was scared to death. He had a chest drain inserted in his chest draining the fluid and was on a ventilator and morphine. We knew it was a case of stablising him before he would have to be transferred to a better equipped NICU in Dublin. Four days later the decision was made that he would be transferred by Neonatal ambulance to the Rotunda Hospital. I will never in all my life forget the moment that a nun came to see us with the priest and asked if we would like to have Finn baptised or have a blessing. There was no way my baby was being baptised here like this. His baptism would be a celebration with family and friends, with a cake and food and drinks and happy smiling faces. Not here in this place, surrounded by fear and sadness. So of course we opted for a blessing. It is a very surreal moment seating in the NICU in your pj’s recovering from surgery, crying and all while a priest prays over your sick baby. It sends shivers though me every time I think of it.

So on the fourth day we faced the painful and terrifying task of saying goodbye to our baby and leaving him in the capable hands of the NICU doctor and Nurse from the Rotunda. On the same day I was discharged and we left the hospital without our baby. We headed home to pack up some clothes and faced the long journey to Dublin, with our photo of Finn seating on the dashboard of the car. We both had the same fear but neither of us dared to say it out loud, instead we sat in silence and prayed to god that Finn’s trip to Dublin would go ok and our baby would be safely in Dublin by the time we got there. Every minute was like an eternity waiting to get that phone call from the doctor to say he was there.

Nothing can prepare you for your time in the NICU. It is like one large science lab, row after row of incubator with babies so tiny you could fit them in the palm of your hand. Our Finn was a gaint baby in comparison, all 6lbs 13 oz. That first evening in the Rotunda was a huge milestone for us and Finn. He had been taken off the ventilator, was breathing on his own and for the first time we heard his very first faint hoarse cry. It was an amazing feeling. Of course as any parent who has spent time in the NICU knows, those feeling can change suddenly and the next day we returned and to our extreme disappointment he was back on the ventilator, after having struggled with his breathing over night. 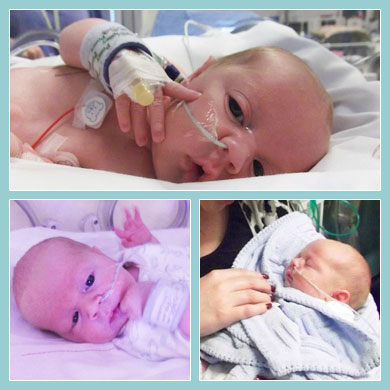 The NICU  is a rollercoaster of emotions, some days are great and others are really tough. Of course one of the toughest days was when baby Noah, who was next to Finn passed away. I still think of him to this day, I wish I had spoken to his mother and hugged her, we had only been there about  a week when he passed and we were  so consumed in our own baby and getting though each day ourselves, that we sort of became very detached from people. I still regret that on the days leading up to Noah’s passing,  I didn’t speak to that poor woman. It is a huge regret of mine.

On day 11 we finally got to hold our baby for the first time. We were lucky enough that during his change of chest drains, we asked if we could have a few minutes to hold him and the staff were of course more than happy to allow us hold Finn in between changing his chest drain. Before this because of drain it was not possible to hold him. Holding our baby for the first time was the most amazing feeling. We had longed for those cuddles, to smell his gorgeous baby head and gaze at him in our arms since the moment we found out we were pregnant and now we finally got that much longed for cuddle. It was a huge milestone for us and Finn. We finally knew what it was like to hold our baby in our arms.

Finn had good days and bad days but as the weeks passed he was moved out of the intensive care and into the special care unit, another huge milestone. He had been though ventilators, chest drains, morphine, infections, blood transfusions, about 25 xrays, Ct scans and was coming out the other side. Every day that passed we got to become more and more involved in taking care of him, feeding him, even if it was though a feeding tube. The first time we dressed him was another huge milestone. Seeing our little man in his first babygrow was so nice, silly I know but these are the things NICU parents cherish.

The NICU is a traumatic place to be, it becomes your norm for a period of your life. You get though each day because you have no other choice. But the memories of this awful time in your life stays with you forever. The beeping of a cash register will always remind of the NICU, that awful constant sound of beeping machines keeping all these babies alive,  the smells, the staff changes, the bright lights, the medical procedures, the threat to your baby’s life, the overwhelming feeling of fear and helplessness, the feeling of detachment, the long days of gazing at your drug filled sleeping baby, all these feelings remain. What you should be doing is bringing you baby home, feeding, changing, interacting, protecting, all of these normal things that make us feel like parents are missing. You feel a sense of loss, loss of the birth you thought you would have,  loss of the first precious moments with your baby, loss of the celebrations, the loss of not getting  to hold your baby right after birth and  the trauma and distress at what  your baby had to go though during those first few months always remains. You also feel happiness and love and its those contradicting feelings that leave you feeling confused and guilty. You are one of the lucky ones after all, you got to bring your baby home and you are left with the guilt that other parents were not so lucky. 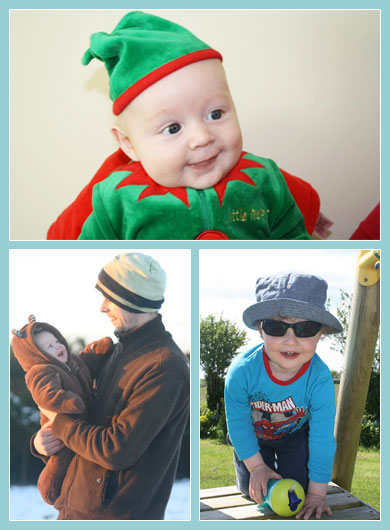 Finn spent two months in Dublin, we finally brought him home for good on the 8th of October 2010. It was amazing and scary all at the same time. After all those weeks of watching new parents leave the hospital with their  babies snuggled up in their car seats, we were finally going to get to walk out of here like all them parents. Two days later Finn was baptised and we had the celebration we had so longed for. I won’t lie, its tough having a baby have this start in life. You constantly worry, worry that they haven’t smiled when other babies smiled,  worry that they aren’t looking and focusing on you, worry that they never rolled over, worry that somehow all the trauma has left some terrible damage.

Tonight myself and Paul attended an enrollment evening in our local National School, Finn will be staring school in September. He is a perfectly happy healthy boy full of fun and devilment, and love and affection. He is our hero.