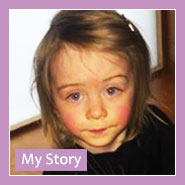 It was an achievement to almost reach a major milestone such as 30weeks as from 24 weeks onwards I was monitored very closely and hospitalised for high blood pressure a condition which I had previously never suffered. I spent a week in hospital at 24 weeks then I was left out for a few weeks and spent the last 3.5 weeks before her birth back in hospital where 24hr urine tests medication and traces became the norm. We were asked to partake in a study stoops I think as Méadhbh ( warrior queen) was iugr ( growth restricted) so it meant I got extra scans with dr Azy and the monitoring of the dopplers began. It became a balancing act between deciding at what point Méadhbh would be safer growing outside of my body.

I have to say my consultant  and his team were fantastic and worked alongside The research team. It was very intense and scary being in hospital waiting and worrying. I got two rounds of steroid injections one at 24 weeks and another shortly before my section which would give Méadhbh a better chance of having stronger lungs when she was born. The hospital also arranged for us to have a tour of the neonatal unit prior to Méadhbh’s birth so we could get an understanding of what was facing us. Dr Dempsey one of the neonatologists came to talk to us prior to this visit and he could not have been more helpful If he tried. He was a gentleman.

30 weeks was always seen as a major goal to reach and also being over 2lbs. Our time was running out as the dopplers were changing from being intermittently absent to absent end diastolic flow so a decision was made to deliver our girl on the 14th of June 2012.  It was very frightening but exciting at the same time and reassuring that we had all of these experts looking out for us. It was a very long day of waiting to go down for the section and there was 2 emergencies who also went ahead of us on the day all u know is that you are such a number on a list but have no idea of time so it was 4.20 pm approx when she was delivered . We got a sneak peek at her before she was whisked off. I saw hair and I heard her cry. She scored very well on the apgar scale and had c pap for a few days. She did not require ventilation.

The NICU really is a different world, and one thankfully that the majority of people are blissfully ignorant of. There is constant beeps of machinery and alarms going off. It is quite terrifying until you get to know the run of the place and even then you still feel as if you need to ask permission to do something for your baby as they are so tiny and helpless. It can also be a tough place to be emotionally as you’ve had your baby but everyone is on tenterhooks and things are postponed. People hold off on cards and congratulations until your baby comes home. Which can feel like they don’t believe in your baby.

Méadhbh was born on a Thursday and by the Saturday her consultant took the decision to send her to Crumlin as he felt she had a meconium plug as she had yet to manage to poo and her belly was swollen. Of course then you worry about the horrifying NEC, but thankfully it all worked out ok.

As I had yet to be discharged after my section I was transferred to the Coombe where John and I were treated amazingly well and where he was allowed to stay with me.

Méadhbh had some procedures done to remove the plug and thankfully she eventually managed to pass her first poo. While we were in Crumlin was during Johns 1st Father’s Day and we got a lovely card from the nurses and Méadhbh. That was very touching. We were allowed to return to Cork on the Monday (Méadhbh by ambulance us by car) and so continued the next 7weeks.

Méadhbh had no major issues after that thankfully, so it was just time to grow and learn to feed and regulate her temperature.

She was allowed home on the 4th of August, 2012 after spending 7 weeks in the nicu still 3weeks prior to her due date and weighing the fantastic weight of 4.5lb. We were delighted to have her home but because we were heading into Rsv season we were v restricted for her first few months which again I’m sure some people struggled to understand but you cannot understand until you have been there yourself. You will do whatever you have to do to protect this little previous baby that you have been given the task of looking after.

Méadhbh suffered from reflux which is quite common in premature babies she has not been readmitted to hospital since she was discharged she has had croup twice and couple of head colds and a throat infection but she seems hardy enough to ward off anything more serious touch wood.

She turned 3 on the 14th June 2015 and is doing brilliantly great speech, v  energetic and a constant source of joy in our lives. 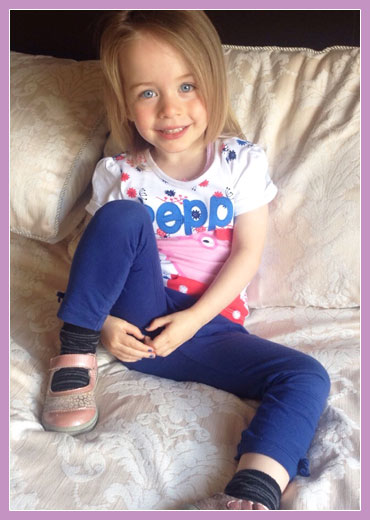