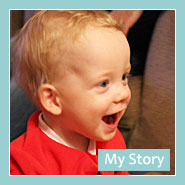 So our first baby, a little boy, was due the 4th July 2013. At my 22 week scan (the ‘big’ scan), all was apparently fine and the sonographer was nice and cheerful telling us everything was good. We came outside all happy with ourselves and my other half went back to work while I waited to see the midwife. However, when I saw the midwife, she referred me to my consultant, based on a high BP reading, and before I knew what was happening I was admitted and in a bed, ringing my other half to burst his happy little bubble.

This started a trend of almost weekly consultant visits, urine tests for protein, blood tests and BP medication and a few overnight stays. I never showed any other symptoms other than raised BP for a long time, and while the meds kept it around the 140/90 level, it never fell below. I was signed off work and told to ‘rest’ which was easier said than done!

I started frequent growth/doppler scans from week 26, and at 29 showed a worryingly low level of bloodflow into the placenta with one cord in reverse. Yet again I showed no signs of anything other than pregnancy induced high blood pressure so onwards and upwards with more meds we went. I was told I was at high risk of pre-eclampsia, which my mother also had while pregnant with me, and spent my life being reminded of the symptoms I need to watch out for. At my 33 week visit, the baby’s growth had been minimal since last scan, so I had steroid shots on a Friday and the second on the Saturday with a lovely midwife called Melissa. My BP meds were upped to the maximum dose so I very much felt like a ticking time-bomb.

I struggled to sleep on the Sunday night, but put it down to the steroids as I was told they could cause restlessness. On the Monday morning I felt unwell, had a pain which I thought was indigestion/heartburn and while I was taking in lots of fluids, I wasn’t using the bathroom much. I had a BP monitor and used it a few times, but my readings were so high I thought the monitor was broken!

I rang my other half who was on the road with work and asked him to come home, something stopped me from heading to hospital solo. I also asked him to get batteries so we could check the monitor! He came home and we got in the car in rush hour traffic to cross the city. When I walked into the labour ward, two things acted in our favour – Melissa the midwife I had seen on the Fri and the Sat was on duty so barely needed to read my file, and also there was nobody else in labour at all.

After taking my BP, which was 170/100, she asked me for a sample and started a trace. The trace was on 10 seconds when she came back in, told me there was ‘substantial’ protein in my urine (was +4) and she asked Johnny to go downstairs and admit me. By the time he came back up I’d been moved into a delivery suite, put into a gown, trace back on, BP monitor on and about 20 people in the room. And still no sense of drama other than I could hear people being phoned/paged from the desk and discussions around some of my results.

About 30 minutes later, the consultant on call, whom I had met a few times, came into the room. She was ever so calm and ever so lovely and made a very daunting scary situation seem very normal. She told me the pain I had was epigastric pain and was my liver distending and that my kidneys were losing functionality too. Yet I had no headache, limited swelling, no vision issues and clear bloods. The diagnosis was that I had hit sudden onset pre-eclampsia and baby needed out asap – to quote her ‘your baby will be fine and will be here within the hour’. Right so! 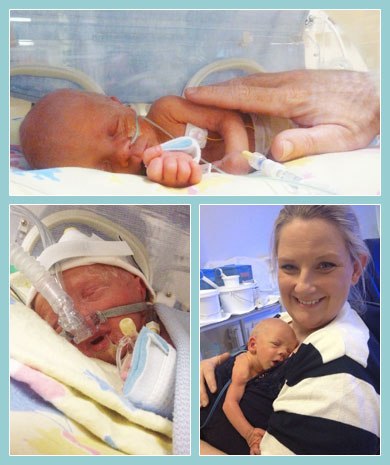 So the hospitals routine kicked in, in which I was the smallest pawn and just got ferried along. I had a fast loading dose of magnesium sulphate, into theatre I went, onto the operating table and sitting on the side bent over for the spinal block. Johnny was brought back in and they were working away on me. I had been told there was a 50/50 chance of baby making any noise and that while we might see him, to be prepared not to in case he needed to be taken off to NICU immediately.

Then Dr Donnelly said ‘ah would you look at him’, we heard the biggest scream, and she held our lovely son Conor up over the screen within the first minute of him being out, and I think that was when I finally felt like I could breathe. The paediatrician then whisked him off and gave him a full head to toe beside us on the resuscitation unit, he scored 9 on the apgar, and after almost 9 minutes of being there beside us, I gave him a kiss, and the baby team and Johnny left with him. He came in at 3lbs 14oz (1.78kg), born at 21:03pm on the 20th May and a grand total of 17.5 inches long at 33 weeks and 3 days gestation.

My 24 hours in HDU involved a continuation of bloods, urine, BP tests every 15 minutes and a 24 saline and a 24 hour magnesium sulphate drip. And lots of visits from the team updating me on Conor, and lots of excited, disbelieving and terrified visits from Johnny.

Conor was able to breathe solo, but not for extended amounts of time, so he was on c-pap initially, for 4/5 days. He also didn’t tolerate handling very well, so was put on a minimal handling routine. I was moved from HDU late on the 21st and got to see him for the first time since his birth on the 22nd and I held him for the first time on the 24th; I will never forget the lightness.

I pumped and he was tube fed initially, with a gradual move to bottle. His weight gain was slow, and he struggled with energy levels (even when given caffeine!) to breastfeed himself. His SCBU stay was mostly uneventful by premature baby standards; but he was diagnosed with two holes in his heart, a narrow artery, an umbilical hernia, he had RDS and an aural skin tag. He also had a 98th centile cranium, so we were referred to Crumlin Hospital for two cranial ultrasounds over a few months, which were thankfully normal. 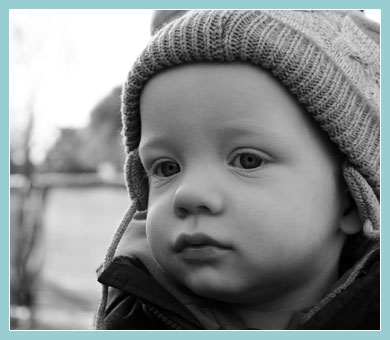 My placenta was analysed and showed two healed bleeds and was approximately 1/3 calcified. Conor came home on the 8th June 2013, at 36+2 gestation and a grand sum of 4lbs 12oz or 2.15kg. He has shown limited effect of his prematurity, other than being on the smaller scale growth wise; and the holes in his heart closed themselves by one year old and well as the artery widening.  He did suffer with RSV twice his first winter and was a Temple Street visitor, but thankfully as he has grown his chest seems to have strengthened.

Conor developed at his own pace, but mostly on a very average curve – he rolled over at 19 weeks old (12 adjusted), sat up at 29 weeks (22 adjusted), got his first tooth at 10 months old and walked at 14 months and hasn’t stopped running since. He is 22 months old now and full of chat, and every day as I watch him learn or apply a new skill (this week is zips) I am in wonder at how lucky we are and ever grateful for the medical care and support that got us both to where we are.