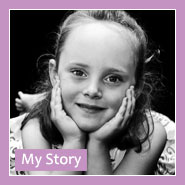 My story of prematurity is one of a pregnancy complicated by unexplained bleeding from week 13. From very early on my expectations ideas of pregnancy were shattered as I was confined to bed-rest. It came to an abrupt end on the last day of week 25 before I had a chance to show off my bump and my daughter Amelia was delivered by emergency section due to a placenta abruption (a medical condition that nearly cost us both our lives).

From that point onwards my perception of motherhood was altered beyond my wildest dreams. Instead of holding my baby in the moments immediately after birth I had to watch her being whisked away and resuscitated.

I didn’t get to see my child alive for a further 12 hours and when I did get to visit her in the NICU there wasn’t much to see through all the medical apparatus sustaining her tiny life. Unlike the other 5 mums in the hospital ward all of whom had their babies in cots next to their beds I was alone without my child listening to crying babies & joyous parents celebrating their new arrivals.

For the next three months the words unnatural and surreal sum up my role as a new first time mother. My visitations to the NICU were dictated by the staff schedules, I had to request permission to touch my child, I had to wait 4 weeks before I got to hold my child in my arms and suspend all natural human emotion that one associates with having a new born baby in ones life.

My partner had to return to work 4 days after our child’s birth while her life teetered on the precipice of life and death. On several occasions I had to inform my partner in his that our daughter had taken a turn for the worse and ask him to rush to the NICU. Instead of enjoying our new arrival at home with our friends and family my days were spent travelling by taxi and train to Dublin to spend 12 hours in the hospital watching strangers care for my child , scrubbing my hands till they bled and waiting with hope that my child’s nurse would allow me to kangaroo care my child. 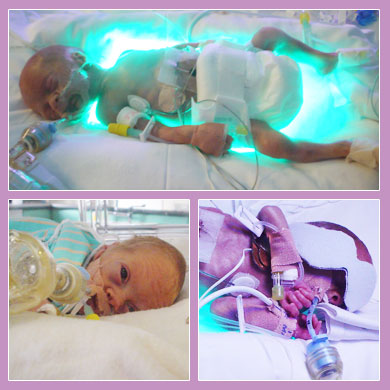 Our daughter was baptized 2 days after birth in the presence of strangers  and she remained at deaths door for a very long time and suffered many complications associated with her prematurity resulting in many nights spent wondering if she would make it till dawn. The one and only task that I could perform as a mother was to express breast milk and even that task had to be completed by the staff who then tube fed my child.

Day after day I watched my daughter suctioned, have needles stuck into her tiny body all, 780 grams of it, flat line, be subjected to painful medical procedures and every night I would have to leave the hospital and make the long journey home to an empty lonely house without the most precious thing in my life. My dreams were preoccupied with alarms activating, breast pumps pumping and parents crying. Life as I knew it was put on hold. Nothing existed for us outside of the NICU and as neither of us had family nearby we had to ensure that certain daily tasks were still fulfilled such as preparing meals, washing clothes, maintaining the house etc.

Having a premature baby is an experience that no-one can prepare you for and the dichotomy of accepting that the medical intervention is a necessary and vital evil and embracing ones new role in life as a mum albeit minus the responsibility of caring for ones child is incredibly difficult to marry. After many nights of sheer terror, days spent praying to whatever God would listen to me, weeks of crying myself to sleep and questioning why me, the day that we could never visualize finally arrived 12 weeks after Amelia’s birth and on Xmas Eve 2006 she was released into our care- just as my maternity leave from work expired.

Because of the uncertain prognosis for very pre term babies, parents  never dare to imagine life beyond the NICU and when the time arrives to leave that secure yet hated environment its the equivalent of releasing a wild animal who has been born and cared for in captivity into the jungle. Due to the nature of our child’s complications we were quarantined in our house for the first 3 months of our daughters time at home. Visitors were severely restricted… neighbours wondered if we were just over anxious parents and our only outings were trips to the hospital for the multitude of specialist appointments which would become the mainstay of our social outings for many months. 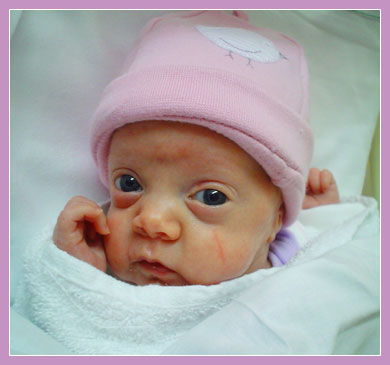 When our period of quarantine expired I found myself a topic of conversation when I did bring Amelia out in public as she was hooked up to an mr10 monitor and was slow to thrive so her small stature , the projectile vomiting due to reflux, and the funny machine attracted quite an amount of public interest. We were discouraged from mixing with families with full term children so playgroups & crèches were off the radar. Despite the distance between our family and the NICU it was still succeeding in casting its net around us singling us out from other families.  The endless questions about why our daughter was so small, the countless tales from people who knew a premature baby born 21 years ago weighing half a pound and now playing rugby for Ireland became monotonous.

My plans to return to work had to be revised, our childcare options were curtailed  and the isolation of caring for a premature baby in the absence of the normal services available to families with full term children became all too apparent. Having secured a release from the NICU into the world of full term families came with its problems. The public health nurse informed us that she did not have much experience with premature babies and our local GP advised us that if we had any queries or concerns that we ought to go straight to the children’s hospital instead of the local surgery as given my child’s medical history she would most likely refer me onwards to the hospital anyway.

As you can imagine these encounters with the community based services didn’t fill me with too much confidence especially as my traumatic pregnancy, birth and failure to keep my baby inside my body for 40 weeks had already sucked dry what was left of my self esteem. As time progressed and Amelia grew stronger we were faced with a whole new range of issues. Amelia had survived the first battle but no one had prepared us for the next onslaught of challenges- would she have any developmental issues as a result of her early arrival and true to form just as the hospital appointments had started to taper off a whole host of early intervention appointments in the form of physiotherapy, occupational therapy, speech and language therapy and psychological assessment became the norm-the majority of these appointments were initiated as a result of concerns that we raised.

Fast forward 8 years and the rollercoaster ride continues. We have had to address the multitude of sensory issues, physical challenges and behavioural challenges and who knows what the long-term health complications will be. She still bears the physical scars of her time in the NICU, she suffers from chronic pulmonary dysplasia, has issues surrounding an unfortunately located haemangioma on her foot, her balance and motor skills are compromised. Physical therapy, occupational therapy and speech therapy are ongoing but Amelia is a beautiful child who has taught us the true meaning of love. She has confronted each and every challenge head on and takes each in its stride. To the outside world she is no different to any other 8 year old but we, her parents are accustomed to her “quirks” and embrace them openly whilst struggling internally at times to deal with the continuing burden of guilt that accompanies the ongoing challenges.